An aggro deck or aggressive deck, also known as a rush deck, is a deck A deck is a collection of exactly 30 cards. All cards drawn by the player during a game come from their deck. Each deck is tied to a specific class. Decks can be created and 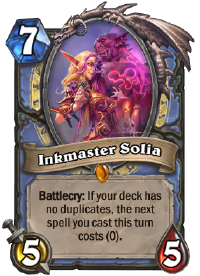 that takes an `aggressive` approach of dealing damage to the opponent as quickly as possible, generally through the summoning of a large number of low-value minions and the use of direct damage spells and Hero Powers. Aggro decks rely on explosive damage in the early game in order to surge to victory before the opponent has time to counter them. Aggro decks emphasise face See more: Hero The face is a slang term for a player s hero as the target for damaging attacks and effects, as opposed to minions. "Going face" or "attacking the face" refer to focusing one s damage over board control Board control is an unofficial term usually referring to a player s ability to keep the opponent from building up minions on the battlefield, or "board". Control decks are named after this strategy, aiming to control , often ignoring the opponent`s minions entirely. The most aggressive and single-minded aggro decks are therefore known as face decks, as in Face Hunter That s blood elf for "Go Face" Face Hunter is a type of aggro hunter deck which focuses on dealing damage directly to the enemy hero (or "face"). With a single-minded focus on hero damage, Face 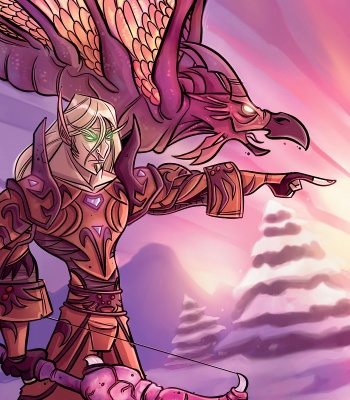 The aggro deck is the opposite archetype to the control deck A control deck, also known as a late game deck, is a deck that attempts to attain victory in the late game, through a combination of early game removal and Taunts, and powerful cards in , which seeks to control the board or otherwise survive long enough to triumph in the late game through powerful but expensive cards or complex combos. With their small minions and focus on the early game zoo decks A zoo deck is a deck focused around a large amount of low and medium cost minions. Zoo decks generally aim to flood the board with minions, overwhelming the opponent and achieving victory through board can resemble aggro decks, but have a slightly less single-minded focus on damage, preferring to switch to a purely aggressive stance only once their control of the board is complete, or victory within reach.

Aggro decks are considered strong against midrange decks due to their speed, defeating the opponent before they are able to stabilize. Control decks seek to control the board with a lot of removal and Taunts, as well as healing, and thus tend to thwart the short-lived momentum of aggro decks. 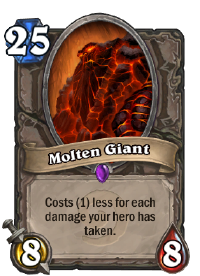 (most commonly seen in Handlock A warlock always has something up their sleeve... Handlock or Hand Lock is a type of warlock control deck that commonly has a high number of cards in the hand, thus earning the name Handlock. 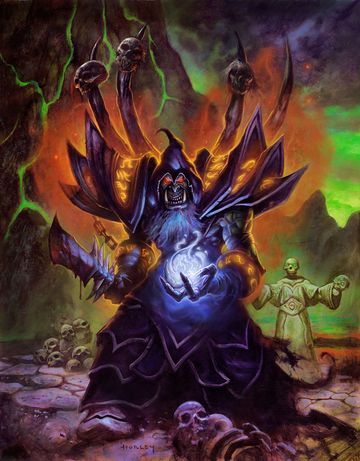 and its variants) can make it wise to hold off damage until lethal Lethal is a term used in Hearthstone to refer to damage sufficient to defeat the enemy hero, and win the game. "Having lethal" is used as a measure of imminent and unavoidable success, similar to is within reach; Ice Block Ice Block Set: Classic Type: Spell Class: Mage Rarity: Epic Cost: 3 Abilities: Immune, Secret Tags: Damage-related, Triggered effect Secret: When your hero takes fatal damage, prevent it and become Immune this turn.Ice is nice, 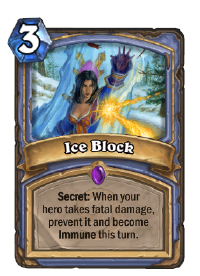 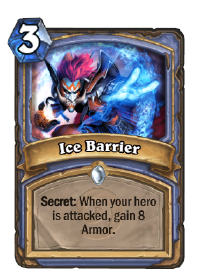 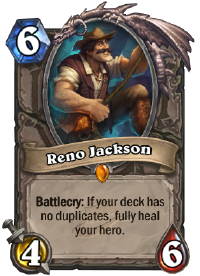 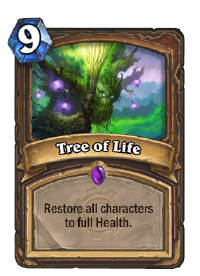 are two especially powerful counters to aggro decks, effectively reseting the game at full mana, with the aggro player`s resources already depleted, but the control player just warming up. Failing to anticipate these plays can lead to the aggro player exhausting their burn Burst damage or burst potential refers to a player s ability to deal a large amount of damage in one or two turns, allowing a player to finish off a previously damaged opponent, or deal an , making it often wiser to hold off until lethal can be reached that turn.

Aggro decks are best known for their primary strategy: going face See more: Hero The face is a slang term for a player s hero as the target for damaging attacks and effects, as opposed to minions. "Going face" or "attacking the face" refer to focusing one s . Because of this, aggro decks are sometimes dismissed by parts of the player base as being "mindless", especially "face" decks that focus almost exclusively on hero damage. This is also not helped by the speed and apparent ease with which such decks achieve victory when successful.

Be that as it may, high level Hearthstone players have noted that there are certain skills which are often underrated when playing aggressive decks. Minion positioning, the consideration of when to and when not to trade, the ability to maximize damage, and how to set up the final push for damage are all crucial for high level aggro play. While most attacks may be directed at the face, the decision of which card to play and when to redirect effects at minions instead of the enemy hero make face decks as challenging to play as many other decks, and their emphasis on speed at the expense of longevity makes early victory not only a possibility but also their only chance at success.

As noted above, such decks are also far from invincible, and depending on the current meta "The metagame is the mix of different decks that players bring onto the ladder, that you can expect to see. If you know what decks players are bringing, your deck can be especially good against various counter-decks are usually available.