Although blazes are able to fly, they will stay on the ground or sink down slowly in the air when not attacking. Blazes will not attempt to swim upwards in lava or water, unlike zombie pigmen. Despite taking damage from water (see #Combat), blazes will make no attempts at their protection if somehow pushed or dropped into water. Blazes` pathfinding does not avoid fire, avoids water like other mobs avoid lava, and treats lava like other mobs treat water.

Blazes will target players within 48 blocks. If a blaze is damaged by a player or other mob, it will alert other blazes within 48 blocks to target the attacker. When a blaze has a target, it will begin flying (attempting to remain 0.5⃢₀ₓ3.5 blocks above the target) and slowly approach the target.

The blaze`s normal attack is a trio of fireballs, shot from up to 16 blocks away. Blazes will shoot even without line of sight to the target. When using this attack, the blaze will catch fire for 3 seconds, shoot three fireballs over the course of 0.9 second, then extinguish the fire and wait for 5 seconds before attacking again. A blaze shoots its fireballs with roughly the same lack of accuracy as a dispenser Dispenser Type Block Requirements None Physics No Transparency No Luminance No Blast resistance 17.5 Hardness 3.5 Tool Renewable Yes Stackable Yes (64) Flammable No First appearances See history Drops Dispenser (1) plus contents Block entity 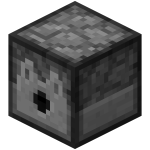 ; however the blaze`s shots maintain the same speed all the way to the target, unlike the dispenser`s which starts slow and accelerates.

Blazes within 2 blocks of their target will instead perform a melee attack that does 6 () damage on normal difficulty, once per second. This attack is not considered fire damage and will not ignite the target.

In Pocket Edition, Blazes have much lower attack and sight range.

Blazes are considerably difficult mobs to fight, due to their ranged attacks and rapid rate of fire. Their ability to fly usually leaves the player`s sword useless, while charging a bow leaves the player vulnerable. Their flight also can make it tricky to collect their loot. One response is to use a fishing rod to reel them in, another is to run behind a corner and ambush them once they get close, or place blocks to take cover between attacks as they advance. However, as of 1.9 and the addition of shields, the fireballs can be completely negated. If surrounded, however, it is difficult even with a shield as the blazes can shoot from different angles, nullifying the shield.

The use of fire resistance is extremely helpful when fighting Blazes, as their attacks usually wind up dealing more fire damage than initial impact. While fire protection can absorb a lot of damage, total fire resistance is necessary to shrug off the hail of fire. For the player`s first Blaze fight, they can make a shield and bow, which are very cheap, needing only three string, three sticks (bow), and six wood and one iron ingot (shield). Enchanted Golden Apples can be an effective way of encountering blazes for the first time, but they are no longer craftable in vanilla Minecraft, so the player will have to rely on their seldom occurrences in chests.

Snowballs are deadly to Blazes, doing 3 points of damage apiece, and snowballs can be thrown a lot more quickly than a bow can be charged up. Plus, snow is easy to find in any snowy biome and is even renewable, therefore allowing easy obtaining. In case inventory is tight, snow blocks can be used to store snowballs 16 times more efficiently; however, a shovel is necessary to re-obtain the snowballs. Wolves do not do well against Blazes - besides the monster`s high health, they tend to get set afire (splash potions of fire resistance can help). If they are used, bring extra wolves, and plenty of rotten flesh or other meat to heal them. (Zombie Pigmen drop rotten flesh, although attacking Zombie Pigmen is a very dangerous thing to do.) On a positive note, wolf kills do get blaze drops and experience.

Iron Golems can be used to kill blazes, but there are several drawbacks:

`Camping` at a Blaze spawner is an effective way to gather Blaze Rods, as they will always appear close enough to attack with a sword, and there is a delay in their attack after they spawn because they have to charge first. This is best done in combination with the fire resistance potions in effect.

A blaze farm can be built in several ways in several ways. A good method is to construct a box around the entire spawn zone (tip: the fences around the spawner are not far enough away); another would be to make a doorway to kill them as they come down, or a single hole in the bottom where they can be shot from. Again, stay within 16 blocks of the spawner to keep it going. A trap for them can be made by digging a shelter under their balcony, then mine a 1ℂₗ3 hole up to their balcony. (Sometimes a natural version of this will appear, when a narrow staircase leads up to the spawner room.)

Another good way to hunt Blazes is to use a melee approach that exploits a Blaze`s attack cycle: The blaze will "burn" for a few seconds, then fire three, and only three fire charges. If the player is not in line of sight, the Blaze will delay its attack until they are, and eventually the Blaze will itself move into line of sight and fire. After firing, they need to wait a few seconds before they can fire again.

Blazes are an efficient way to farm experience. They drop 10 experience points when killed by the player, as opposed to only 5 dropped by most other hostile mobs. The above camping method, combined with potions of fire resistance, can generate an average of about 65 experience per minute. 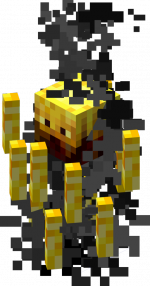 found in the Nether A view of the Nether. The Nether is a hell-like dimension, filled with fire, lava, and dangerous mobs. Contents 1 Accessing 2 Environment 2.1 Mobs 3 Generation 3.1 Naturally generated 3.2 Naturally created 3.3 Structures 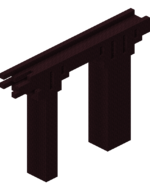 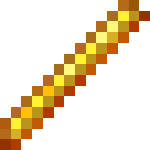 . Looting "Flame" redirects here. For the non-solid damage-dealing block, see Fire. “ How does enchanting work in Minecraft? Well, you open a magical book and pick a random spell, not quite sure knowing what it will 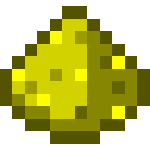 They also drop 10 experience when killed by a player.

Blazes shoot fireballs at their target, which deal 5 () on all difficulty levels. If the fireball hits a block fire will be placed adjacent. If it hits an entity, the entity will take 5 () of fire/projectile damage and will be set on fire for 5 seconds, which typically does an additional 4 () damage over time.

Blazes have entity data associated with them that contain various properties of the mob. Their entity ID is blaze.

In addition to normal weapons, blazes are hurt by snowballs, taking 3 () damage per hit, and by splash water bottles, taking 1 () damage per hit. They are also damaged by water and rain by 1 () every half second. Like most Nether mobs, they are immune to fire and lava.

Blaze spawners can be found only in Nether fortresses and will start spawning Blazes once the player gets within 16 blocks. The mob spawners have a chance of spawning 1-4 Blazes at once. Blazes can only spawn in light level 11 or lower (at the lower half of their body). Blazes can also spawn naturally elsewhere in Nether Fortresses.

Although Blazes are able to fly, they will stay on the ground or sink down slowly in the air when not attacking. Blazes will attempt to swim upwards in lava much like regular mobs behave in water. When they see a player, they will start flying and shooting. They will catch fire briefly. A short cool down period occurs between attacks.

In addition to normal weapons, Blazes can be hurt by snowballs, taking 3 (1 1/2 hearts) per hit. If they have found a way into the Overworld, they are also damaged by water and even rain: Water does roughly 1 damage every second. Like all Nether mobs, they are not damaged by fire or lava. If killed by the player, they drop Blaze Rods.

On the Xbox 360/PS3 version, Blazes do not catch fire when either attacked in Creative mode or when they have spotted the player. They also do not make fireball sounds, making it hard to find where they`re coming from. They also drop glowstone dust on occasion as well as their blaze rods. (This makes glowstone a renewable resource on the Xbox/PS3.)