The explosion of firework rockets deals 2.5 hearts of damage, per firework star. There is also a delay between detonation and the player hearing the sound, emulating real fireworks, but this sound travels much more slowly than in the real world. The explosion of a firework can be seen 64 blocks away, regardless of its height.

Care should be taken during firework assembly so as not to exceed the (unmodded) particle limit of 4k with fireworks. If the limit is exceeded, the oldest particles are removed before displaying new ones, resulting in severely diminished firework quality / duration. At most a firework should have 3 trail stars, more than that could waste diamonds, firework stars, and other fireworks. Particle counts per star are:

Like most other entities, they can be moved by water and explosions, and teleported via portals. They also cannot move through solid surfaced blocks, upon hitting one they will either move to a side or explode based on the duration. If a firework explodes under a block, its explosion will be flattened.

In the computer edition, fireworks can only be obtained by crafting and commands. 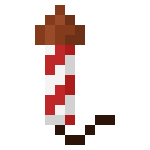 Firework rockets are items See items as they are in the inventory. For the entity that items and blocks turn into when dropped, see Item (entity). For the items that mobs leave behind on death, see

and entities A player standing in front of a large group of entities The hitboxes of several entities. Note the blue line which points to the direction the entity is "facing." Entities encompass all dynamic, moving objects 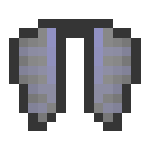 They are equivalent to the following rockets:

To launch a firework rocket, use its item on a block. They can also be launched from dispensers.

When you hold a firework rocket in your hand and are gliding with elytra Elytra Type Transport Durability 431 Renewable No Stackable No First appearances See History Data values PC: dec: 443 hex: 1BB bin: 110111011 PE: dec: 444 hex: 1BC bin: 110111100 Name elytra “ Elytra! Soar through The End on your freshly-minted insectoid

Fireworks travel different heights based on the amount of gunpowder added. The number will be displayed as a tag on the item`s tooltip with the description of "Flight Duration"

The height it rises is between 12 to 22 blocks with 1 gunpowder, 23 to 39 blocks with 2 gunpowder, and 40 to 60 blocks with 3 gunpowder. (Note: Using command blocks, firework rockets with higher durations will go much higher and keep accelerating with virtually no terminal velocity. If the duration is long enough, the firework rocket could reach heights of over 1000000 blocks and speeds of over 10000⃂m/s in a matter of minutes. Such fireworks with significant X and Z motions will speed up sideways exponentially and reach outside the world boundary in a matter of seconds.)

Fireworks can be made to travel different directions by being dispensed or launched under flowing water. The firework`s direction then rapidly arcs to the horizontal and the travel distance increases to a point further than the height.

Issues relating to ⃢₀ₜFirework Rocket⃢₀₝ are maintained on the issue tracker. Report issues there.