Cryomancer can also be obtained through the Highest Rank Bonus chest The 25 numbered ranks in Ranked play. Ranked (also known as Ranked Play) is the serious side of Play mode, with players able to earn special ranks to reflect their prowess in battle this season. 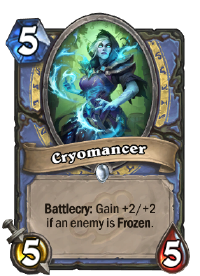 Battlecry Battlecry is an ability where a particular effect activates when the card with the Battlecry is played directly from the hand. Although mostly limited to minions, some weapons also have Battlecries. Activation of Battlecries are : Gain +2/+2 if an enemy is Frozen.

She loves Frozen. I mean who doesn`t?

Cryomancer is a common Rarity is a rough measure of the quality and scarcity of a card. Cards of higher rarity are typically more powerful and more useful, but are harder to find and more expensive to craft. There

Please add any available information to this section.

When this minion is played, if an enemy minion has Freeze in its description (such as Water Elemental Water Elemental Set: Basic Type: Minion Subtype: Elemental Class: Mage Cost: 4 Attack: 3 Health: 6 Abilities: Freeze Tags: Damage-related, Triggered effect Freeze any character damaged by this minion.Don t summon a water elemental at a 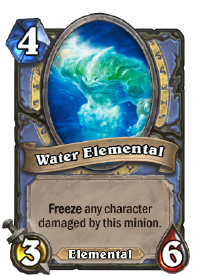 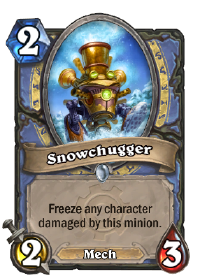 in Wild), this card`s border will glow yellow but Cryomancer will not activate her effect. The code likely incorrectly looks for the keyword Frozen/Freeze instead of checking if enemies are Frozen, an overlooked error while programming the card.

Be that as it may, if there`s an enemy minion which is actually Frozen, the card`s border will fail to glow yellow, but will activate the Battlecry.