Arcane Missiles x 2 are automatically included in all players` collections.

This card is considered unreliable removal; it has the potential to remove one or more low health Minions from the opponent`s board, however as each point of damage is random the card can have greater or lesser effectiveness varying based on the number of minions on the board. Due to this, it is considered a poor card later on in the game as the damage has a higher chance of being applied to undesirable targets. However, in early turns it is considered playable as minions have lower health, and there is more chance of hitting the desired target as there are often fewer minions on the board.

It is notable that this card synergises with minions such as Gadgetzan Auctioneer, Mana Wyrm, and Archmage Antonidas as it triggers their effects with a low Mana cost attached. This can be beneficial in certain circumstances, depending on the effect in question that Arcane Missiles is triggering.

You`d think you`d be able to control your missiles a little better since you`re a powerful mage and all.

As with any random Yogg-Saron, arguably the most random card ever released Random effects are effects which include some degree of randomness or RNG (random number generation). Random effects introduce an element of chance into Hearthstone. They can be 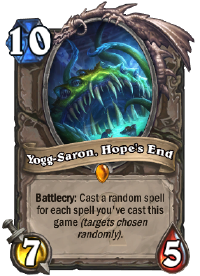 effect, this spell`s usefulness is significantly determined by chance. Under the right conditions this spell is capable of destroying 3 separate characters (more with spell damage).

As a non-targeted effect, this spell is capable of hitting Stealthed A minion in Stealth Stealth is a minion ability which prevents that minion from being the target of enemy attacks, spells and effects until they attack or deal damage. They can, be that as it may, be the target 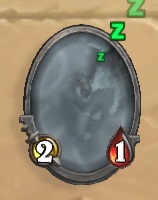 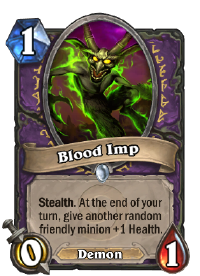 Inexperienced mage players often use this spell on the first turn against enemy hero. This is a very bad choice and a waste of the card. The main strength of this spell lies in its randomness and ability to hit several minions. It can be used to remove three 1 Health minions for only 1 mana (more with Spell Damage A Wrath of Air Totem, with purple sparkles to signal its Spell Damage bonus Spell Damage is an ability which boosts the overall damage of spells by the listed amount. Spell Damage does not increase

), or be used against a single target with a good chance of striking it at least once.

Together with the Hero Power Anduin Wrynn with the basic priest Hero Power Lesser Heal A Hero Power is a special ability displayed to the right of each hero s portrait. Usually Hero Powers can be used once per turn and

, this card allows the mage to split damage between several enemies in the most efficient way, and set the stage for further clearing with their minions. It may also be used against a single high Health creature in order to soften it, if no controlled direct damage spells are available. 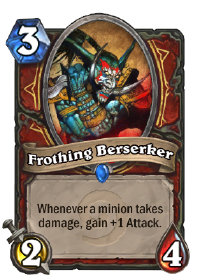 As an RNG "I think it’s important for there to be some kind of randomness in the game. I think it creates great stories and I don’t think you want a game that is entirely no RNG. Heck,

-heavy card, Arcane Missiles often provides either great satisfaction or great frustration. With the right luck, it can send each missile to exactly the right target, becoming a very effective and very cheap card; with the wrong luck, it can send every missile to exactly the wrong target, foiling the mage`s plans or even leading to their defeat. This is part of playing the card, and is generally impossible to avoid entirely.

As well as being collected in decks, this card can also be created by the following cards.

This spell shoots 3 missiles, each one dealing 1 damage Damage in Hearthstone is a particular infliction of harm upon heroes or minions, measured by a number which is deducted from their Health and/or Armor (if they have any). If a character s Health is reduced to a randomly selected enemy character:

The target of each missile is determined at random from all available enemy targets, including the enemy hero. Note that as a non-targeted effect, this can include Stealthed A minion in Stealth Stealth is a minion ability which prevents that minion from being the target of enemy attacks, spells and effects until they attack or deal damage. They can, be that as it may, be the target

If a target is destroyed, that target will no longer be a valid target for the next missile, affecting future probabilities.