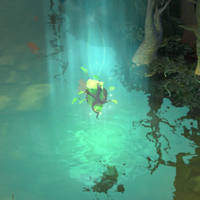 Rune Regeneration: Dispellable with any dispel.