The Mad Moon was a large, cosmic sphere that orbited the Dota 2 world, the prison of the Radiant Radiant Associated with Heroes Arc Warden Factions Dire Places Mad Moon Cosmetics Radiant Ore Other Lore Radiant OreNemesis Stones The Radiant is a faction in Dota 2. It is characterized by a bright, natural theme.

and Dire Dire Associated with Heroes Arc Warden Factions Radiant Places Mad Moon Other Lore DirestoneNemesis Stones The Dire is a faction in Dota 2. It is characterized by a dark, gloomy theme. The top right half

forces, until it destroyed itself in a cataclysmic event.

Once, the ancient intellects Radinthul and Diruulth warred with each other endlessly, both born of a great primordial mind that shattered upon the universe`s creation. The two forces, complete opposites in every way, could find no compromise between each other. Zet   Hero   Strategy   Counters   Equipment   Gear   Responses   Sounds   Lore   Old Abilities   Changelogs   Known Bugs     Arc Warden 24 + 3 15 + 1.8 24

, another fragment of the primordial mind, grew tired of their strife and fused his siblings into a single sphere. He flung them into space to drift for eternity. Eventually, this sphere was captured in the orbit of a still cooling world, Earth, shining over it as the races came into being. Because of its power, the Mad Moon glowed brightly over the Earth, competing even with the brightness of the sun. 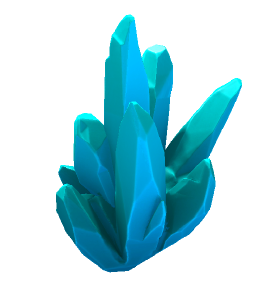 and Direstone See the mineral in Dota 2 lore. For the HUD skin, see Direstone. Direstone Associated with Factions Dire Places Mad Moon Characters Abzidian Items Demon Edge Cosmetics Demon ShardDirestoneDirestone Bindings Set Other , pure materials of the two intelligences. The World fell into temporary chaos, though some took advantage of the situation. Abzidian, the Demon Smith, used this time to forge Demon Edge   Item   Lore   Changelogs     Demon EdgeS One of the oldest weapons forged by the Demon-Smith Abzidian, it killed its maker when he tested its edge. Cost2200 Bought FromSecret Shop Bonus +42

from the raw materials that fell.

After the Mad Moon was destroyed, the Radiant Ore and Direstone began to emit pure energy that corrupted the races. They became dependent on it and built civilizations around the material, while the rock provided them with energy, Mana Play Out of mana! “ Play It s a new age of magic! Click to listen— Keeper of the Light ” Mana (also known as MP, which is short for mana points) represents the magic power of a

, and life. The Radiant Ore gave off the emission of bright color and charm to the area around it, while the Direstone made the earth appear poisonous and decayed. Neither was neutral in its actions. The energies they gave off were incompatible, and interfered with each other. Eventually, the followers of each of the forces became aware of this, and sought to destroy the opposite stone. This struggle is what started the endless battle, as seen in the game.